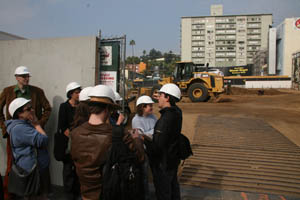 The Temporary Travel Office occassionally leads guided tours related to our larger research interests. While our publications function as mediated guides, we always welcome the opportunity to facilitate embodied tours of locations and places that are under-examined. Documentation of some of our past tours can be found here.