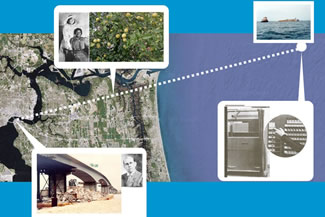 Along with tours, the Temporary Travel Office frequently takes on solicited, and unsolicited, projects that reimagine the spaces of tourism. Such work takes the form of reports, architectural proposals, presentations, and other appropriate forms.